Polyarmony, a sonorous universe that develops germinally in the impressionist composers to later become a harmonious resource of inescapable originality

Contributed to this evolution, both the contributions of the group of the Six, as well as various authors who throughout the twentieth century have implemented creating unique aesthetic mergers. Nowadays its prevalence not only includes the symphonic repertoire, chamber music and film music, but it also expands -with ever-increasing fluidity- towards jazz, tango and folk music.

The present manual thoroughly studies this technique within which both polyacordes and polytonality are nucleated, as well as polytonal counterpoints.

Based strictly on the analysis of referential authors-such as Igor Stravinsky, Alberto Ginastera, Darius Milhaud, Astor Piazzolla, Bohuslav Martin, Manuel de Falla, Dmitri Shostakovich, Arturo Marquez, Charles Koechlin and Samuel Barber, among others-a series is developed of specific analytical tools, which will unveil, step by step, each of the aspects and peculiarities that transit this aesthetic world to a greater or lesser extent.

In this way, we will study each of its inherent characteristics with a specific tool, which are: interval between fundamentals, combination of triads, distance of alterations in the circle of fifths, timbral independence, separation of record and differential melodic field.

On the other hand, we currently have a broad historical perspective, which allows us to perform an analytical work mainly oriented towards a systematization of the resource. And at the same time, we can say that it is a work entirely devoted to this topic, written by these latitudes, and in Spanish. 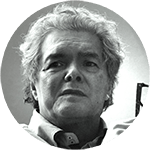 I love your book and I hope it is part of the teaching of modern harmony as soon as possible.